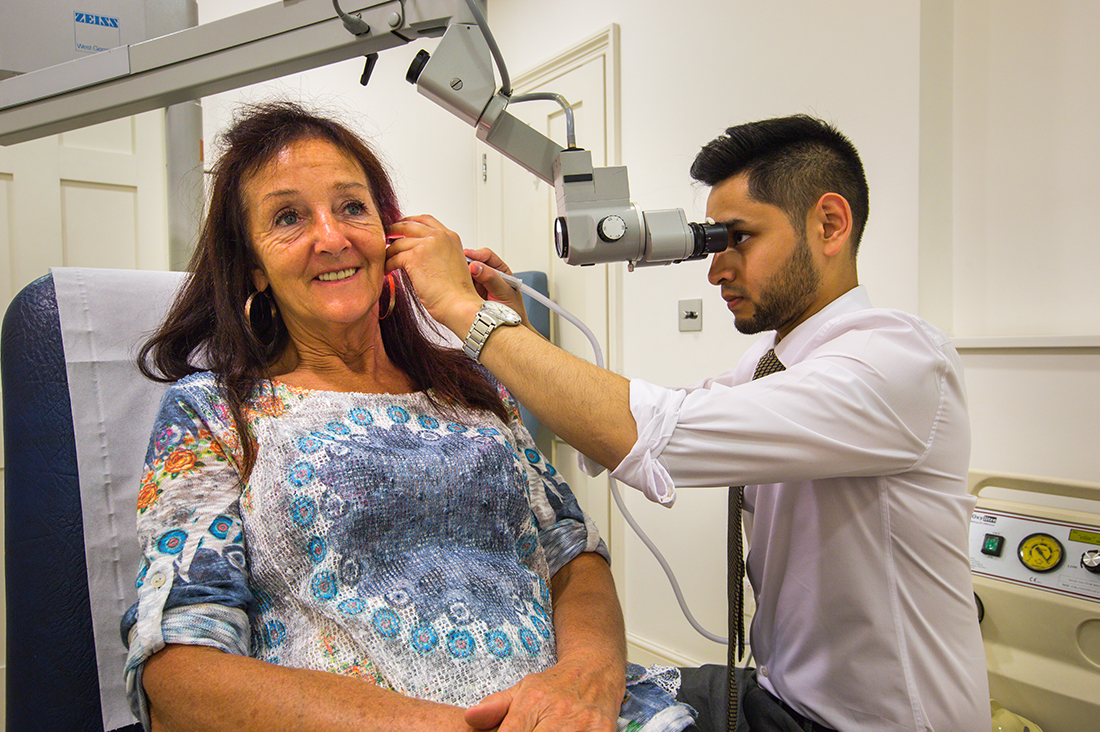 Cerumen – more commonly known as earwax – is the yellow/brownish substance that forms inside the ear canal and can collect on the outside of the ear.

Did you know that your genetics largely determine whether your earwax is the wet type or the dry type?

Earwax may feel like a bit of an embarrassment, but it actually performs a very important task. It is used to clean out debris and dead cells that may have collected in the ear drum, with the movement of the jaw helping to propel this matter out of the ear.

Cerumen is slightly acidic and contains saturated fatty acids and lysozyme. This gives it antimicrobial properties which help to kill bacteria that could cause infection and damage inside your ear. Studies show that potentially harmful strains of haemophilus influenza and staphylococcus aureus are reduced by up to 99% by earwax. It is also a natural lubricant.

Causes of ear wax build up

However, earwax can become a problem when too much of it builds up inside the ear canal.

There can be a number of causes of this, including:

Noticing any of these common related symptoms?

If you notice any of the following symptoms, it could be a sign that you have a build-up of earwax inside your ears:

If you have any of these symptoms, we recommend an appointment with a hearing specialist who can check the cause. If it is found to be a build-up of earwax, the most effective way of removing it is using a simple procedure called microsuction.

A skilled clinician uses a gentle suction technique to draw the wax out of the ear. Unlike ear irrigation, there is no water and no mess. Microsuction is safe, effective and pain-free and it can be completed within a matter of minutes.

At London Hearing, we use a video otoscope to show before and after picture of the inside of your ear so you can be confident that the build-up has been successfully removed.

We do not advise attempting to remove earwax yourself as inserting anything into your ear may push the wax deeper and could even damage your ear drum, resulting in permanent damage and possible hearing loss.

Diagnosis, treatment and prevention of ear wax at our specialist practice

London Hearing is an independent hearing practice based in Harley Street. If you are suffering from any symptoms suggesting hearing loss, or just generally feeling like your ears or balance are not normal, contact our team to discuss a diagnosis test.

Also, if you are prone to an excessive build-up of earwax, a hearing specialist will be able to recommend ear drops that can help to soften the wax which makes it easier for the ears to expel it naturally.