What are the main types of hearing aids?

There are many different types of hearing devices available. Whether you need a hearing aid for the first time ever, or would like to consider different options; our Harley Street hearing specialists are happy to talk you through the various types of hearing aids and guide you on finding the most suitable solution for you.

Hearing aids can be very effective and even life-changing for people with mild to severe hearing loss and can also sometimes play a role in treating tinnitus. In recent years, hearing system designs have come a long way and a number of very discreet hearing aids and in-ear hearing aids are available.

If you’d like to find out more about our hearing aids and discuss your options, get in touch here to book a consultation with our specialist team today. 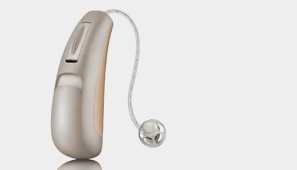 Receiver in the ear technology (RITE)

RITE hearing systems are placed behind the ear and transmit acoustic energy through an ear wire connected to a loudspeaker placed in the ear canal, this theory of fitting can apply to a wide range of hearing losses. 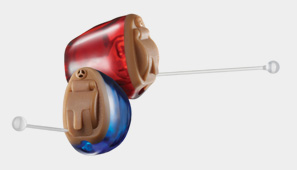 Completely in the canal (CIC)

Completely-in-the-canal hearing aids are moulded to fit inside your ear canal and can improve mild to moderate hearing loss in adults. 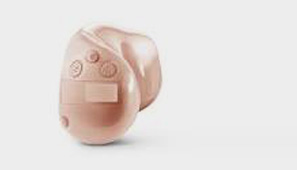 In the canal (ITC)

An in-the-canal hearing aid is custom moulded and fits partly in the ear canal, but not as deeply as the completely-in-the-canal aid. This hearing aid can improve mild to moderate hearing loss in adults. 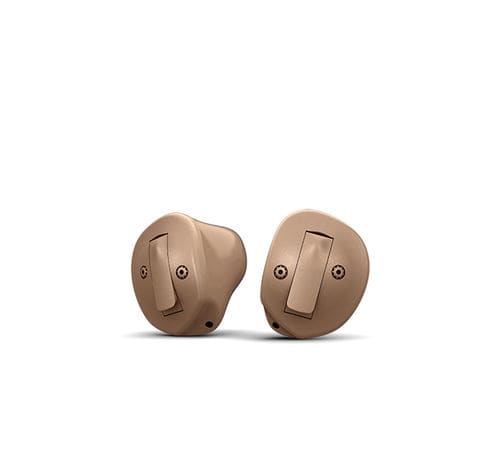 Half-shell (ITE) in the ear

A smaller version of the in-the-canal hearing aid, the half-shell is custom molded and fills the lower portion of the bowl-shaped area of your outer ear. This style is appropriate for mild to moderately severe hearing loss. 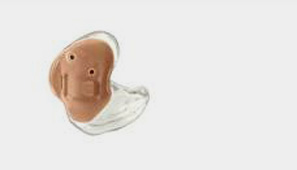 In the ear (full-shell) in the ear

An in-the-ear (full-shell) hearing aid is custom made and fills most of the bowl-shaped area of your outer ear. This style is helpful for people with mild to severe hearing loss. 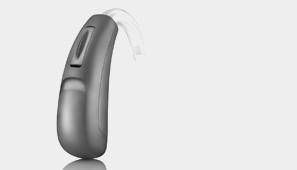 Behind the ear (BTE)

Behind-the-ear hearing aids hook over the top of your ear and rest behind the ear. The hearing aid picks up sound, amplifies it and carries the amplified sound to an ear mould that fits inside your ear canal. This type of aid is appropriate for almost all types of hearing loss and for people of all ages.

A Contralateral Routing of Signals – or CROS hearing system is used for patients who have one normally hearing ear and one dead ear or unaidable ear. The unaidable ear has a microphone transmitting to a receiver in the normal ear, which therefore picks up sound from both sides of the patient.

These hearing systems can take the form of several common hearing aid shapes such as behind the ear (BTE), receiver in canal (RIC) and various sizes of “in the ear” hearing aids. They are typically linked via a wire around the back of the patient’s head or, more conveniently, by utilising the wireless communication available from several hearing aid manufacturers. Best known amongst these are the Phonak CROS system and the Unitron Tandem.

Many patients will cope with single sided deafness but seek help later on in life when the normal ear starts to show mild to moderate age related hearing loss. The effect of this deterioration can feel even more marked due to the patient’s long term reliance on their better ear.

In these cases, where the patient has one dead or unaidable ear and one ear that presents an aidable hearing loss, a BiCROS digital hearing aid system may be suggested. This still has the satellite microphone in the deaf/unaidable ear transmitting to the better ear, but the better ear also has a microphone to give appropriate help on this side.

The BiCROS system aims to bring awareness of sounds from the unaidable ear and combined with effective amplification on the better ear provides clearer overall audibility to the patient.

“After about 2 weeks I realised being able to hear meant, that I was once again initiating conversations which I had not been able to do since I would not hear the response… In effect I was re-joining society."

"I cannot thank you enough for enabling my daughter, to feel less isolated when in a group situation. Her hearing aid has already made an enormous difference to her life."